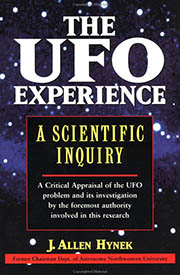 The UFO Experience: A Scientific Inquiry (1972) 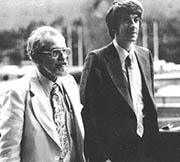 The term close encounter was coined by American astronomer and ufologist Josef Allen Hynek (1910 - 1986) in his 1972 book The UFO Experience: A Scientific Inquiry. Hynek proposed three types of close encounter:

Since Hynek's original classification several more types have been suggested, although these are not universally recognized:

Fourth Kind: Human abduction by an alien. May also include voluntary experiences.
Fifth Kind: Voluntary bilateral contact between humans and extraterrestrials.
Sixth Kind: Death of a human or animal associated with a UFO sighting. Cattle mutilations would fall into this category.
Seventh Kind: The creation of a human/alien hybrid, either by sexual reproduction or by artificial scientific methods.

In addition, ufologist Ted Bloecher has suggested seven sub-categories for close encounters of the third kind:

H: An alien is injured, captured and/or killed.

Close Encounters of the Third Kind

The phrase close encounters entered mainstream popular culture following the 1977 Steven Spielberg film Close Encounters of the Third Kind. Thanks to this film, most adults in the western world associate the phrase with alien encounters, even if few people can actually define the encounter types.